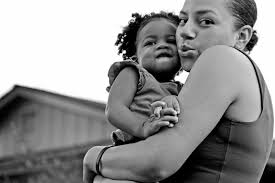 Single parent households with children continue to be hit harder by the financial pressures caused by the COVID-19 pandemic, according to the latest results of the U.S. Census Bureau’s experimental Household Pulse Survey released last week.

About 8.8 million adults nationwide reported their households had a decrease in availability of food since the start of the pandemic.

More specifically, these respondents reported having had enough to eat in March but reported in early June that they and those they lived with sometimes or often did not have enough to eat.

Food insufficiency due to the coronavirus pandemic is especially prevalent among adults in households with children. Less than 40% of the Household Pulse Survey sample live with kids, but about half of the adults who sometimes or often did not have enough to eat because of COVID-19 live with kids.

The Household Pulse survey provides a detailed and near real-time picture of how individuals and households are faring during the pandemic.

For the June 4-9 period, the Census Bureau sent invitations to 1,172,900 households and a total 73,472 responded. The results will be updated weekly through late July and include estimates for states and the nation’s 15 largest metropolitan statistical areas.

An earlier America Counts piece detailed numerous ways in which the COVID-19 pandemic is disproportionately affecting households with children. In this piece, we focus on two of the primary needs of children: housing and food.

The CARES Act, in conjunction with state and local legislation, offers some protection to households with late and deferred payments against immediate foreclosure or eviction. However, the level of delayed payment reported in the Pulse data suggests many households are in precarious financial circumstances – particularly households with children.

Children especially affected by the negative economic impacts of the pandemic are those facing both risks: living in households where the rent or mortgage payment was late and where there was not enough food.

At the national level, the Household Pulse Survey data indicate that about 11.8 million children live in households that missed a mortgage or rent payment or sought a deferment, while roughly 3.9 million children are experiencing COVID-19 induced food shortages.

However, these groups include substantial overlap — nearly 1.3 million children live in households facing both types of insecurities.

You can see these and other results from week 7 of the Household Pulse Survey in the Census Bureau’s Household Pulse tables and interactive data tool. For information about the sample and methodology, check out the survey’s technical documentation.